Why Is Weight Loss Important for Diabetes Reversal to Occur? 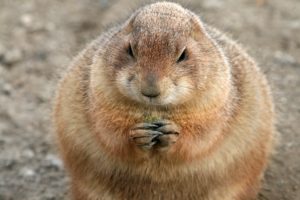 betes is caused because of an accumulation of fat in the liver and pancreas. When this happens, the normal metabolic pathways in the cell become short-circuited. As an individual loses weight, they also will lose weight in the liver and pancreas. This weight loss is important because when the excessive weight has been removed from the cells, the metabolic pathways return to their normal function and diabetes goes away. Here’s an excellent video about that fat.

Is There a Best Way to Lose Weight? 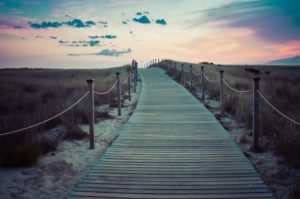 Best path to losing weight is to change your lifestyle

Yes! The best path to lose weight is to change your lifestyle so you are making better, healthier food choices. People eat for multiple reasons—for comfort, for stress relief, for social reasons, because they have hunger or cravings, or because their hormones are out of balance. Therefore, carefully evaluate the reasons why you eat. It is important to recognize that the same foods will not work for everyone.

What Causes People to Gain Weight?

It is commonly thought that people gain weight because they eat too much. I do not agree. Although overeating is a cause, many people do not eat excessive amounts, yet gain weight. The primary reason people gain weight is because of insulin resistance and the resulting high insulin levels. The more insulin resistant a person becomes, the higher their insulin levels are likely to be. Since insulin is a food storage hormone, they will store the energy they get from their food while blocking the breakdown of fat for use as energy. Insulin is also one of the hormones that controls hunger. So the higher your insulin levels go, the hungrier you will become and the more likely that you will gain weight.

In addition, most people who are insulin resistant are also leptin resistant since the same lifestyle factors that cause insulin resistance also cause leptin resistance. Leptin is another hormone that controls hunger. Leptin is a master metabolic hormone produced in the fat cells that communicates with the brain. When your fat cells are producing normal amounts of leptin, the brain receives that message and maintains a balance between metabolism and hunger. But when there is a famine and you are unable to eat enough so that the fat cells are reduced, the amount of leptin sent to the brain is reduced. Therefore, the brain slows down your metabolism and gives you a voracious appetite. This allows your body to conserve what fat stores you have to help get through the famine plus it makes you want to eat everything in sight.

On the other hand, when you have an overabundance of leptin being produced by an overabundance of fat cells, the brain gets that message. The brain speeds up your metabolism and slows down your appetite. This will maintain your body in balance. However, when there is a overabundance of fat, or triglycerides in the blood stream, these cause a blockage so the brain does not get the message from leptin. This is called leptin resistance. The brain thinks you do not have enough fat storage so it slows your metabolism and ramps up your appetite! While you may be trying to lose weight, the brain is working against you. When an individual becomes leptin resistant, their metabolism slows so they burn less energy and they develop an almost insatiable hunger. This hormone drives them to eat more even when they know they are not hungry.

For instance, one cup of olive oil has 1,920 calories while one cup diced, loosely packed kale has 8 calories! One cup of cooked mixed vegetables has 118 calories while a cup of oven roasted vegetables with a dash of olive oil is less than 100 calories. One serving of a favorite chocolate roll is 270 calories. However, those rolls come packaged two together, a total of 540 calories if you eat both of them. Many foods are calorie-rich and nutrient-poor. Become mindful and choose to eat the nutrient-rich and calorie-poor foods instead. Here’s a link for more information about mindful eating.

What Can I Do About Being Hungry All The Time?

Eat more dietary fiber. Fiber forms a gel in the intestines and slows the absorption of sugars so your body is fed over longer periods of time. It also provides a feeling of fullness. Fat and protein also provide satisfaction. But a high-fat diet increases insulin resistance and a high-protein diet increases insulin levels. Therefore, high-fat and high-protein diets should be avoided. Because you may also be leptin resistant, avoid all snacking. Leptin may be making you think you are hungry when in fact, you have plenty of fat stores. Drink only water between meals and avoid eating late at night.

How much weight do I need to lose in order to Reverse my Diabetes? 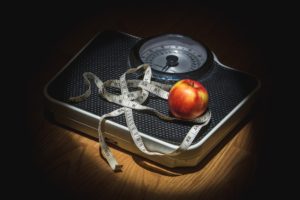 According to Dr. Roy Taylor of Newcastle University, an individual will need to lose an average of 1/6th (17%) of the weight they were when they were diagnosed with diabetes in order to reverse the disease.

What Role Does Inflammation Play with Obesity?

As a person increases their fat stores, especially around their internal organs, fat cells begin excreting substances that increase insulin resistance. These substances also cause a low level inflammatory response which also gives off more substances that further increase inflammation and insulin resistance. This cyclical mechanism is responsible for much of the damage that is caused by diabetes. It overwhelms the body’s mechanism to deal with it because of the sheer volume of substances that are being produced. It results in a condition that we call oxidative stress. Here’s a little cartoon video explaining oxidative stress.

People gain weight because their insulin levels are too high. To lose weight successfully and keep it off you must make lifestyle changes to keep your insulin levels down. This includes drinking more water, eating higher fiber foods and eating them first, eating plant-based, whole-foods which are nutrient-rich and calorie-poor! Then weight loss becomes possible. Inflammation is caused by obesity and makes diabetes worse. Also inflammation causes obesity. To counter inflammation, eat high nutrient foods. You can download a food list here.

Click here for additional information on how to reverse a fatty liver.