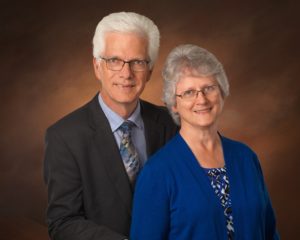 Grundy Reversing Diabetes Seminars (Grundy RDS) is a community-based education program that focuses on diabetes prevention and reversal. It was developed by Stephen after learning that their county had the lowest health rankings in the State of Tennessee. Stephen holds a master’s degree in Public Administration, and undergraduate degrees in Chemistry,  Music and Nursing. He has served as a staff nurse in Medical-Surgical, Cardiology, Surgical and Medical Intensive Care Units, Nurse Manager of a Medical/Surgical Nursing Unit, and Education Director for a hospital. He has served as Director of Nursing for nursing homes and as an Assistant Administrator of Patient Care Services for a hospital.

Stephen is currently the author and Director of Grundy Reversing Diabetes Seminars. He has conducted multiple seminars across the south east and has trained over 900 people to-date in how to conduct these seminars. He has served on the area Health Council, and provided leadership to the Diabetes Coalition.

Stephen received the 2013 Life Point’s Mercy Award from Southern Tennessee Medical Center for his volunteer work to better the health of his community. He and Karen also received the 2013 Governor’s Volunteer Stars Award for Grundy County. In December, 2015, Stephen and Karen received the Rural Health Association of Tennessee’s Merit award for their work with diabetes education. Stephen was raised in the Crossville area on the Cumberland Plateau. He and Karen have been married for over 40 years! They have raised two sons and enjoy seven grandchildren! Stephen is an avid gardener, a musician and craftsman. He is active in their church, serving as an elder, organist, pianist, teacher and on the church board.

Karen is also a registered nurse. She has worked in most all areas of the hospital including cardiology, medical/surgical, labor and delivery, surgery, emergency departments, step-down and medical ICU. She has served as a staff nurse, charge nurse, assistant director and interim director of various units as well as Performance Improvement Coordinator and internal medical auditor. She also holds a Plant-Based Nutrition Certificate, Completed July 2017, eCornell and T. Colin Campbell Center for Nutrition Studies. Karen works alongside Steve in the garden, plays the piano and often holds the end of the board for him while he’s crafting it. She loves to bake and study cookbooks. She also volunteers on the area Health Council and Diabetes Coalition and for many years has written a health column for the local newspaper. She is also active in their church, holding numerous supportive roles.

Both Stephen and Karen have cared for many diabetic patients and assisted with educating them about the disease, how to care for themselves at home and also what to expect when having diabetes. They have cared for patients who have developed the complications of diabetes such as amputations, kidney failure, strokes and heart attacks. When they learned of the needs in Grundy County, they felt compelled to do something to help their community. Thus, Grundy Reversing Diabetes Seminars was born.